Fear Of The Horizon

by Bunny & The Invalid Singers 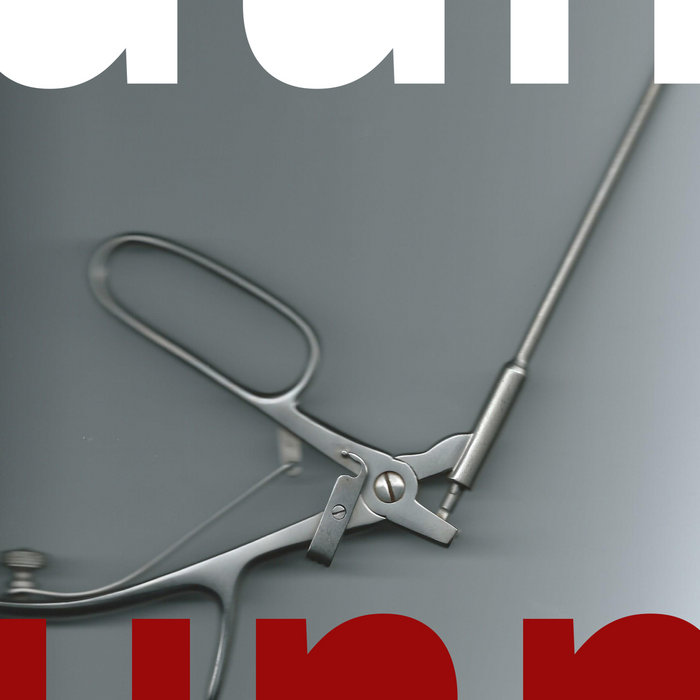 Darren Douglas Danahy This is amazing, mind altering music that transcends both genre and expectation.

A journey of a listen. Favorite track: Fear Of The Horizon.


There’s real merit to this work that goes far beyond the superficial quirkiness. ‘Weird’ ‘whacky’, and ‘oddball’ don’t convey the wistfulness, the melancholy, the nostalgia, range of emotions, moods and mindsets. Fear Of The Horizon is a fun, entertaining, and enjoyable work but don’t let the oddness and goofiness lead you to believe it isn’t serious, or art. Because it’s most definitely both.
[Christopher Nosnibor - Aural Aggravation]

The ten tracks are theatrical excursions in experimental rock. Hillary creates a lavish album of the sonically unexpected. This is an album for the adventurous, those who like challenges and disdain the commonplace
[ Floorshime Zipper Boots]

A wonderful and engaging release
[The Smelly Flowerpot - Cambridge 105 Radio]

The closest you’ll find to this is the Leaf label, or the experimental Jezus Lizard sanctioned experiments of Craig Ward. [This] Bearsuit Records stalwart is at his most mysterious and serious as Bunny & The Invalid Singers. Truly plowing his very own furrow, Hillary’s warped evolving, sometimes clandestine, electronic and steely guitar evocations once more wander into unusual territory.
[Monolith Cocktail]

I highly endorse Fear of the Horizon ...It's cool, clever and hip, but even more so, dangerous, tempting and weird.
[Bizzarechats]

This wonderful LP would make a great soundtrack to a updated sixties early seventies spy movie. It really is a great experimental pop LP. This needs to be heard and bought by as many people as possible.
[The album] "Doll" by The Moth Poets - one of the LPs of the year alongside Bunny And The Invalid Singers, "Fear Of The Horizon". Both LPs share a refreshing experimental nature without forgetting that music is to be also enjoyed... Great stuff indeed.
[In The Mind Of A Bordello]

This [The Positive Approach Of Talkative Ron] is awesome! Love the arrangement!
[Electric R]

Dense compositions and off-center eccentricities characterize this electro sleeper-pop from UK weirdo group (Bunny & The Invalid Singers). It's pretty awesome music! Didn't know what to expect, wasn't disappointed.There is a genuine power in the complex musical textures presented in each of these tracks. Take yourself on an oddball ear journey today with Fear of the Horizon
[Houdini Mansions]

Think i'm going to like this! Shades of the spectre of Cardiacs i think....
[Yellow 6]

Fans with Faust or Einstürzende Neubauten collections will drool deliriously throughout ‘Vandal Schooling’, while the fainthearted may enjoy the title track’s Morriconiesque histrionics – tinkling bells, fuzzy freakouts, wordless vocals…there is always a new surprise around the corner awaiting the discerning listener. It’s always a pleasure to approach new material from an artist who makes us work for our enjoyment and doesn’t spoon feed us the latest hit parade nonsense. Good on ya, Mr Bunny, whoever you are!
[It's Psychedelic Baby Magazine]

Qualifying for the band name of the night that's a band called Bunny & The Invalid Singers from their album, “Fear Of The Horizon” on Bearsuit Records. Really good - really, really weird new album...
[Neil Crud - TudnoFM]

The return of Bunny & The Invalid Singers. You need to buy that ["Fear Of The Horizon"] now!
[Wonky Planet Radio Show]

Well, that's a thing! I really like that [“Vandal Schooling”]! We like this...
[On The Wire – BBC Radio Lancashire]

Go and get it it, go and get it from Bearsuit Records, you'll be absolutely astonished, amazed and satisfied and absolutely absorbed by it as well. “Fear Of The Horizon” - a really wonderful collection!
[Phil Vickery – In-Tune, BCfm]

This is amazing, mind altering music that transcends both genre and expectation. A journey of a listen. Favourite track: Fear Of The Horizon.
[Darren Douglas Danahy]

Bunny & The Invalid Singers - “Fear Of The Horizon”

Try as I might – and I do, I really do – I find it impossible to avoid words like ‘weird’ ‘whacky’, and ‘oddball’ in reviews of anything released on the Edinburgh micro-label Bearsuit Records. This is no reflection of a lack of vocabulary on my part: it’s simply what they do. Every boutique label needs some kind of signature or house style, and a micro-label really needs a niche. Bearsuit specialise in stuff that’s so far out it’s beyond.

Fear of the Horizon is actually pretty conventional by Bearsuit standards – but these things are all relative. ‘Eamon the Destroyer’, the album’s first cut, arrives in a flourish of expansive prog-rock guitar and twittering electronics, all on top of a thumping beat that’s pure dark hip-hop. And then the guitars really takeover and we’re in territory that’s suspiciously close to be being categorizable as ‘rock’. But then ‘The Positive Approach of Talkative Ron’ swings into view in waltz-time and goes all weirdy… and then there’s whistling and another epic guitar solo.

Pancultural influence are infused within the glitching electronic fairground fabric of ‘Woman With the Plastic Hand’, with its stuttering beats and woozy organ sound, while ‘Vandal Schooling’ brings with it a crunch of industrial noise and stabs of bold orchestral brass, taking a sharp turn from abrasive to mellow around the mid-point and locking into a metronomic hard, industrial-disco flavoured groove near the end. For the most part, though, the sounds are soft-edged, mellow, supple, analogue.

‘The Horizon Project’ brings together mellow and woozy, its mellow motifs and nod-along beats cracked with a stylophone break and underlying hiss of distortion. It runs contra to the chilled beats and quite accessible lead melody.

‘Weird’ ‘whacky’, and ‘oddball’… they’re all entirely appropriate adjectives, but fail to account for the depth and range of Fear Of The Horizon. As hard as it may be to take seriously an act going by the name of Bunny & the Invalid Singers, there’s real merit to this work that goes far beyond the superficial quirkiness. ‘Weird’ ‘whacky’, and ‘oddball’ don’t convey the wistfulness, the melancholy, the nostalgia, range of emotions, moods and mindsets.

This is where I should sign off with a suitably witty flourish, or some pun-based punchline, but such flippancy would be to only further undermine the true merits of an album which clearly shows no fear. Fear Of The Horizon is a fun, entertaining, and enjoyable work but don’t let the oddness and goofiness lead you to believe it isn’t serious, or art. Because it’s most definitely both.
Christopher Nosnibor
[Aural Aggravation – 4/4/18]
auralaggravation.com/2018/04/04/bunny-the-invalid-singers-fear-of-the-horizon/

Written, recorded and produced by Bunny

Bandcamp Daily  your guide to the world of Bandcamp

Featuring Gary Bartz, 5 years of Rhythm Section Intl and an LP of the week by Nicolas Jaar